Home » Dawn of Gold: The Real Story of Money

Dawn of Gold: The Real Story of Money 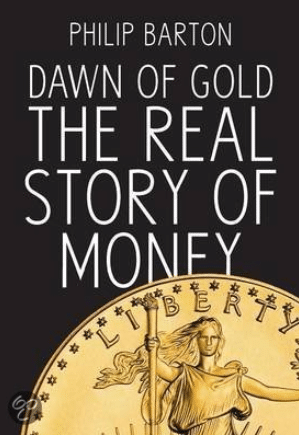 Dawn of Gold: The Real Story of Money essentially lives up to the myriad of promises its rather grandiose title implies by charting the story of Gold from its original discovery and use in ancient cultures to its key role in being the standard on which all money was based. He then goes on to chart how its abandonment in modern societies and its replacement with paper money or so-called “fiat” currencies has led to a host of economic woes and may well lead to the economic collapse of Western society

Whilst this may sound like a well-trodden path for some, the reality is that the Dawn of Gold takes a different view, going back further than others to trace the origins of Gold in ancient Egyptian, revealing that Gold’s initial value was not financial but spiritual, being stored in temples to the Sun God by the early Pharaohs. (The link between a bright yellow shining sun and a bright yellowish shining metal is obvious and one can understand how the ancient Egyptians revered this remarkable metal for its considerably worthy properties.)

However Philip’s first key assertion is that when Gold leapt out of these temples and into the marketplace and began to be used as money, society itself took a huge leap forward. This assertion continues throughout the book, forming the basis for the author’s contention that it was only through using Gold as money that the vast civilisations and empires we know today were built and the economic benefits that came with them were released.

Along the way, Philip debunks the myth that money evolved out of the barter system and redefines many key economic terms such as money, goods, trade goods, medium of exchange and paper money. Some may argue he has redefined these words on his own terms, fitting them into the telling of the story of Gold that he wishes to tell, but they are all supported by very reasoned and sensible arguments, which are hard to dispute.

Far from being a polemic on paper money and modern economics, Mr Barton’s work is more thoughtful and considered, bringing a quite balanced reason to many arguments that have long ensued.

At the heart of DOG is a viewpoint that not only defines, or redefines, money as a “known weight and fineness of Gold” but asserts that Gold’s true worth is that it is the only known “store of stable value” and that this has been its key role throughout history.

Not surprisingly, Mr Barton addresses the issue of how a move away from the Gold Standard in Western Nations has brought about untold economic issues that led, and still lead, to things such as the GFC and other financial problems.

In the end, he proposes a return to using Gold, and its near sibling, Silver, as the only money to again rebalance the economic woes of the world.

Some may see this notion as romantic and naïve in this day of the cashless society and the constant use of credit, where money is never actually exchanged, but simply electronic digits are adjusted in various accounts to represent money.

However given the current precarious state of many nation’s finances, overwhelming debt at all levels and increasing economic complexity, it is an idea that should not be dismissed lightly.

Thought-provoking and challenging throughout, Philip’s book quite comprehensively busts several myths regarding money itself and reshapes the story of Gold in a new light. It will no doubt infuriate some, and inspire others.

While at times the author is prone to being a tad repetitive, restating the same point many times, from a variety of viewpoints, it is nonetheless a very well written work and an enlightening read.

Whilst the author does not claim to be an economist and has no formal training in the subject he is writing on, it does appear that he has done his homework and researched the subject quite comprehensively.

It is a laudable work for a first-time author and may yet send some very strong ripples through the world of gold, money and economics.

At the end the author summarises the key points of his argument, provides clear and simple definitions and goes on to pull apart many of the myths about gold in an addendum. That he choose to do so at the end of the book and outside the main story arc is unusual, but it does mean he does not have to keep pausing in his narrative to take a detour into busting these myths.

The book could certainly benefit from some illustrations, diagrams and photos to enable the reader to more easily visualise some of the concepts Philip addresses. These might also add weight to some of his arguments by providing visual proof of many of the claims made in this otherwise worthy tome.

Dawn of Gold: The Real Story of Money is one of those books that successfully bridges the gap between a scholarly work and one for the layman, meaning it will appeal to students of economic history, “gold bugs” and the man, or woman, in the street. It certainly carries some compelling thinking.

Once you read it you may never look at your bank balance again, in quite the same way.